5 Red Flags To Spot In A Home Inspection Report

There is a certain leap of faith that all buyers take when they make an offer on a new home. If the market is especially competitive, it’s not uncommon for prospective buyers to see a property only once prior to making an offer, and then maybe visit only a small number of times before closing.

To mitigate some of the risks involved, a professional home inspection can shed light on any of the property’s less obvious issues so that the buyer will be properly educated about potentially costly problems that may exist now, or that may develop in the future.

What You Need to Know About Home Inspections

Home inspections are “a non-invasive, visual examination of the accessible areas of a residential property, performed for a fee, which is designed to identify defects within specific systems and components defined by standards of practice that are both observed and deemed material by the inspector,” explains Vincent Fundaro, owner and president of Square One Professional Home Inspectors Inc., based in Levittown, New York.

In addition to a general inspection, there are a few specific types of inspections that might be more valuable than others, depending on the home’s age, location, architecture and more.

“A general inspection covers a house, top-to-bottom,” says Feroz Taj, an estates agent at The Agency in Beverly Hills, California. “But there are a number of more specific inspections that we consider mandatory, including foundation and drainage, mold, termites, electrical, sewer and chimney. If the house is on a hillside, a geological report is important, and of course, if there’s a pool, then a pool inspection too."

Prior to an inspection, buyers should be prepared to learn that their potential new home comes complete with issues – some of which will be expensive to fix, and others less so. Fixable issues might be negotiable in the form of a credit to the buyer, or the seller may agree to directly address these issues prior to closing.

Other issues that may be flagged in an inspection report may be considered upgrades, though, and will more likely be considered the responsibility of the buyer in the future, or become a point of negotiation.

Taj equates buying a house with buying a used car: “You expect a used car to perform and to be safe. Maybe the tires are a little worn, but they work and still have years left of use.”

If a home inspection turns up safety concerns, that may be reason enough to back out of the purchase. But upgradable systems create some gray areas. “For example, maybe the pool heater is a little under-powered. The pool heats, but not as quickly or efficiently as the buyer would like,” Taj says. “Most sellers will agree to deal with safety issues or hazards, but not to upgrades for an older system” that they feel works just fine.

It can get more complicated, though. “If the roof or HVAC system is at the end of their lifespan but still work, this can become a more complicated conversation for the buyer and seller regarding upgrades and who should pay for these,” Taj says.

He adds that buyers should be prepared for some sticker shock to cure issues that will inevitably come up in an inspection report. But if you really love a house, “time and money can solve almost any problem,” Taj says.

A buyer won’t know how to assess a building’s foundation, and that's why it's one of the most important aspects of an inspection."We want to make sure that the envelope of the home is structurally sound – the things that protect the inside of the house,” Fundaro says.

Easily-fixed foundation or drainage issues generally aren’t reasons to pass on a house, but “if there are piling issues in the foundation, that might be a safety problem, and safety issues are often non-starters,” Taj says.

As for drainage, “houses should be mounted higher than the street level, so that there’s a pitch and the water drains properly,” Fundaro says. He adds that “we (also) want to make sure the gutters are pitched correctly, so that water cascades away from the house.”

Mold sounds scarier than it is, and is normally associated with water damage, which is common in many houses or apartments. Mold may not be an unusual addition to an inspection report, and can often be remediated.

“Failure to remove contaminated materials and to reduce moisture and humidity can present serious long-term health risks. Standing water and wet materials are a breeding ground for micro-organisms, such as viruses, bacteria and mold," Fundaro says.

It’s difficult to keep a home completely pest-free, and wood-destroying animals can pose a devastating threat to a home’s structural systems. Termites aren’t uncommon, especially in older homes, and if an inspection report shows a termite infestation a specialist should be called in for removal.

A general inspector can look for signs of termite damage, and infrared technology can help to look deeper into the skeletons of the structure.

“Electrical wires that were used in the mid-20th century are no longer sound by today’s standards, and an inspector needs to know to pick up on this,” Fundaro says. “Houses and their technology have become much more demanding in recent years, particularly in HVAC and home entertainment systems, and the electrical system has to be able to handle it.”

Is a Home Inspection Necessary When Buying New Construction?

For new construction, issues arising during an inspection are generally easier for the developer to handle, instead of negotiating with the buyer as to who should shoulder the cost of remediation, like might happen in a resale.

“In a new development ... you’re dealing with a team of professionals who are there to make the repairs and who have the capability to efficiently fix inconsistencies that come up. They just need to be tracked and managed," says Linda Cirgliano, an owner's representative and founder of LC Three, a construction management consultant firm specializing in helping buyers navigate inspections and punch lists in the world of residential new development.

The expectation is that the home should be turnkey – but there are inevitable issues that come up during construction. This can be difficult for buyers to manage and identify, even if they are experienced and savvy.

“Developers should maintain the highest level of quality control, which is true to the level of price-per-square-foot,” Cirigliano says. “If there are inconsistencies, these need to be remedied.”

A construction consultant can help manage a punch list or to spot errors, and hiring one can be a smart upfront expense for buyers looking to avoid costly fixes down the road after the developer has moved on.

Cirigliano adds that “there is an advantage when you bring someone in with construction knowledge, in that they can communicate effectively with the developer and the contractors better than the average buyer who doesn’t speak the language of the trades and the industry. ... It’s the translation of information that can create efficiencies and get you to the closing table faster, but not at the expense of the quality of the work."

When Is a Home Inspection Not Necessary?

In certain markets, a formal home inspection may not be necessary.

For example, in New York City, if buyers are purchasing a high-rise apartment, their attorney’s due diligence will often include reading the minutes of board meetings, studying the building’s offering plan and conversations with the building’s day-to-day manager to learn about the age and condition of the building’s systems and mechanics.

“A unit owner’s responsibility is typically limited to the unit itself, as opposed to the common areas of the building and space in between the units,” says Andrew Luftig, an attorney and partner at Chaves Perlowitz Luftig LLP in New York City. “This means that the purchaser is typically able to discern issues within the unit without needing a professional inspection completed.”

If there are problems that arise with a large building’s roof or boiler, these will be logged in records and the associated costs to fix them are spread out among the building’s many residents. The buyer should be advised about any larger issues with the building, and thus make informed decisions, but making note of many of these issues are ultimately not the seller’s responsibility, as they might be in the transfer of a single-family home.

"The contract provides additional protection, as sellers typically represent that the appliances, electricity, plumbing, air conditioning and heating systems will be in working order at the time of closing," Luftig says. "Purchasers confirm such representations by conducting a final walk-through before the closing and test the aforementioned systems. In the event of any non-working appliance or system, the purchaser’s attorney can negotiate a repair, credit or an escrow holdback, depending on the extent of the issue.”

If someone is looking to purchase a single-family house though, they will be solely responsible, financially and otherwise, to fix any problems that may arise.

“If a house has a ton of issues, it can turn into a longtime financial burden,” Fundaro says. “Buyers should know what they are getting into, and an inspection report can shed necessary light on the potential issues that may come up down the road.”

In a real estate transaction, both the buyer and the seller are looking to maximize their bottom line. This means navigating the highs and lows of ...Read More 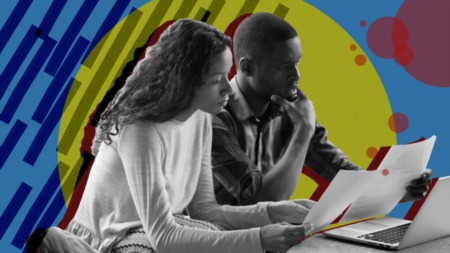 What To Budget For Closing Costs When Buying A House

Are you considering purchasing a home for the first time? Then you’re probably already saving money for your down payment. But what about all ...Read More 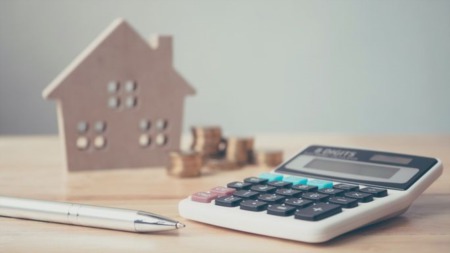 Should You Buy A Home Or Keep Renting?

It’s a big question with no easy answer: Should you keep renting, or is it time to think about buying a home? One of the major benefits of ...Read More