The shortage of available starter homes feels like yet another hurdle blocking some millennials’ path to traditional money milestones.

“It just feels like every little thing keeps getting put on hold,” said Samantha Berrafato, a 27-year-old house hunter searching for her first home in the Chicago area. “I’ve been putting having kids on hold, and I had put having a wedding on hold because we just couldn’t afford it. Now it’s like [that with] the house buying.”

The first rung on the homeownership ladder has long been an affordable “starter home.” These houses, with their smaller footprints and selling prices, allowed young homeowners to build wealth and upsize as they started their families.

But a number of factors are complicating this decadeslong trend.

Supply of “entry-level housing”—which Freddie Mac defines as homes under 1,400 square feet—is at a five-decade low.

Surging prices and stiff competition mean there aren’t enough smaller, more affordable starter homes to go around in many regions. The pandemic and subsequent recession, along with the student debt crisis and delayed family formation, contributed to frustration and despair among younger house hunters.

“There just aren’t enough of these homes to fulfill the demand,” said Ed Pinto, director of the AEI Housing Center at the American Enterprise Institute. “It’s creating this ‘Great American Land Rush,’ as I call it. People are moving around and there’s tremendous demand, but the inventory is down.”

Three months ago, Ms. Berrafato and her fiancé began looking to buy their first home with a budget of around $300,000. They secured a 3.25% rate on a 30-year mortgage and with a 5% down payment.

They widened their search to include fixer-uppers and foreclosures further out in the suburbs. In June, their offer for a 1,200-square-foot home was accepted.

As of 2020, the median age of a first-time home buyer was 33 years old, up from 30 years old a decade ago, according to the National Association of Realtors.

Delaying homeownership has far-reaching consequences for buyers’ financial lives. Those who became homeowners between the ages of 25 and 34 accumulated $150,000 in median housing wealth by their early 60s, according to an analysis from the Urban Institute. Those who waited until between the ages of 35 and 44 to buy netted $72,000 less in median housing wealth.

“This is a big deal,” said Sam Khater, chief economist and head of Freddie Mac’s Economic and Housing Research division. “We need to think about how we talk about affordable housing, because for most people, when they hear affordable housing, there’s an instant negative reaction. They think ‘low-income,’ right? The issue now is these fissures have not just invaded the middle class. It’s now going up into the upper-middle-income strata.”

Lately, data from the National Association of Home Builders shows new construction is again giving priority to higher square footage for single-family homes, a trend likely spurred by the widespread shift to working from home and house hunters’ need for more space.

“It’s been the hardest kind of home to build over the last five, six or seven years,” Robert Dietz, chief economist at the National Association of Home Builders, said of starter homes.

In addition to competing with other buyers, house hunters are sometimes competing with investors, hedge funds and other huge firms, according to previous reporting from The Wall Street Journal.

As the summer selling season winds down, some house hunters feel they may soon have to find a rental that can bridge the gap or simply save their energy so they can resume looking when prices cool off.

Matthew Libassi, a 35-year-old public relations professional, is looking to buy with his husband on Long Island. He recently sold his apartment and moved in with family to save money. In his search for a home around $500,000, he has been disappointed in the lack of affordable small homes for a young couple.

“We don’t have a crazy list of demands,” he said. “But the stuff that we’re seeing is just major overhauls and with putting all the money that we have in, it’s just not doable.”

Mr. Pinto of the AEI Housing Center predicts the wait could be longer for many buyers. He expects more people to continue moving outside of metro areas in search of more space and greater affordability as employers expand their work-from-home policies post-pandemic.

“We think this is going to continue for some time, for years,” Mr. Pinto said. “Bottom line is, if you’re in an area like Phoenix or Raleigh or Austin, the people who are the current residents who would normally want to get on the first rung of that ladder—they’re going to have a much harder time.”

When the hunt finally comes to a close, relief isn’t always immediate. Though Ms. Berrafato got her starter home, there remain many costs to consider, including moving expenses and getting out of their rental lease early.

“We are so relieved and excited, but now comes new stresses,” she said. 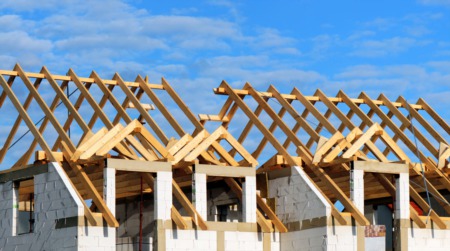 Homebuilders Are Growing Concerned About Affordability